Everything seems to move faster in this world where technology continues to advance beyond our wildest dreams. As information zooms towards us from an increasing array of sources—computers, social networks, multiple news outlets and smart phones—it has become a challenge for the average person to keep pace. But ironically, one thing is certain in this age of instant media, even as we are struggling to punch keys fast enough to get out our latest tweets or texts, we are slowing down our activity level to a crawl. And so are our children. 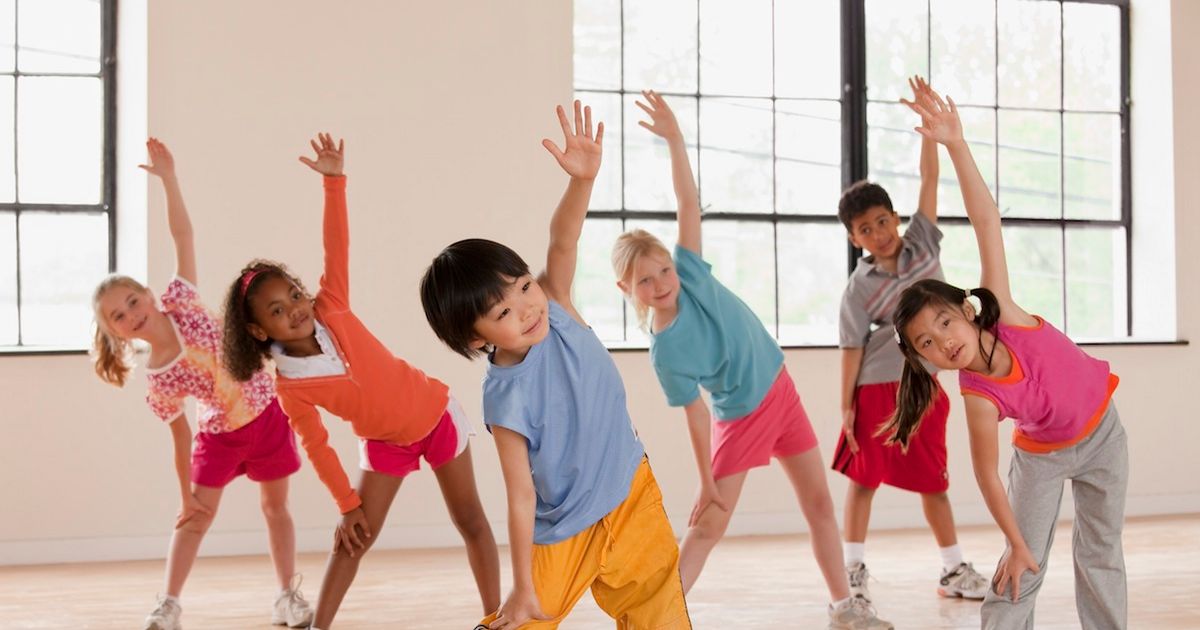 That’s why it’s more crucial than ever impress upon our kids the importance of daily exercise. Children indeed like to mimic their parents, and too many of them are growing up with the idea that it’s ok to be sitting at a laptop for hours looking at Facebook posts or passing time shooting down targets in Angry Birds, instead of playing outside—running around the block, doing a set of jumping jacks or even climbing a tree—getting some fresh air, some cardiovascular conditioning and some strength and resistance training.

Video games and TV aren’t always the ones to blame when it comes to kids lacking activity. One recent study indicated children who play sports video games on the Nintendo Wii, for example, burn more calories than they would playing regular video games, but not as many than if they played the actual sports. From tennis to soccer, swimming to track, golf to basketball, the real thing is always better.

In fact, with obesity numbers on the rise, it’s hard to believe games like the Wii—which was marketed to stimulate actual activity—have had much impact at all. More likely, the novelty has long since worn off. The Wii came out over five years ago and many consoles are now gathering dust on closet shelves in favor of more traditional, sedentary games like Xbox.

This isn’t to say that watching TV is always a bad thing, take watching sports for instance. One source noted a rise in the number of children signing up for gymnastics classes after watching the Olympic Games. The actress Candace Cameron Bure—best known for her childhood role on the TV show “Full House” and now as the wife of former professional hockey star Valeri Bure—was inspired to try her hand at gymnastics after watching American Gabby Douglas win gold in London over the summer. More significantly, the 36-year-old mother has enjoyed watching her own children practice some of the athletic stunts.

She’s not the only one. Average people are noting the athleticism of today’s young sports stars. “When I looked at the gymnasts twelve years ago, I wanted to throw a sandwich at them,” said Edith Halasik, 38, a personal trainer out of Chicago told the New York Times. “Years ago I wouldn’t have been interested in a gymnast’s body. But Gabby and the girls today look healthier and stronger. You see their muscles, not their ribs. For me, that was the attraction.”

Gymnast Shawn Johnson took home medals four years ago in Beijing, but not before establishing a loyal following of fans and admirers. Though the pint-sized 20-year-old is now retired from the sport, she still teaches gymnastics and has written a book, which largely covers the rewards she’s gained from living her healthy lifestyle, both as an Olympic champion gymnast, instructor, and also as a regular on shows like “Dancing with the Stars.”

She relishes being a role model to young kids, too. “Believe in yourself,” Johnson writes in her book Winning Balance (Tynedale House Publishers, ‘12). “When I was competing for a spot on the U.S. Olympic team in 2008, I worked incredibly hard, and success just seemed to follow. I get so much joy from sharing this message with people everywhere I go. I love to tell high school, middle school, and elementary students about how I found my own passion for gymnastics and how...my passion took me places I never dreamed of.”

Johnson’s raw talent, hard work and dedication helped her achieve her dreams and become a champion. But when she was able to bounce back from injuries that derailed her chances of a comeback to the sport in 2012, she realized the greater benefits of developing superior fitness during all those years of training. “I’m also a stronger advocate for fitness than ever before,” she writes.

Children need all the help they can get from these and other good examples of living healthy and exercising regularly. Obesity is a deadly problem. According to the New England Journal of Medicine, one sobering study that tracked thousands of children through adulthood found the heaviest youngsters were more than twice as likely as the smallest to end up dying prematurely, before age 55, of illness.

Some of the more serious afflictions, the study noted, included high blood pressure, heart attack from dangerously high cholesterol levels, diabetes, and cancer. Though some factors of being overweight can be controlled by medicine, the caveat is that taking medicine introduces other side effects and invites dependence that regular exercise and proper nutrition can clearly reverse.

According to a study in the journal Pediatrics, “Teenagers can significantly lower their likelihood of being overweight or obese by walking or biking to school and playing on at least one high school sports team, but preferably two or more. The study also found that while school-based exercise can reduce or stem weight-gain, it is sports participation in particular that makes a difference.”

Right now in the US, about a third of high school students are overweight or obese, a figure that has prompted federal efforts to boost physical activity of any kind among teenagers. Health officials recommend that children get an average of about one hour a day of moderate to vigorous activity; however, most fall far short of that. That trend must be reversed—and clearly regular activity and exercise is the key—if kids today expect to become happy, healthy adults tomorrow.